Cholmondeston Hall Farm has been run by the Powell family since 1943, when Edward and Arthur Powell’s father bought the farm, so farming is very much in their blood. The two brothers assumed full responsibility of Cholmondeston Hall in 1975, and are still there today.

Located near Winsford, Cheshire, Cholmondeston Hall is one of Grasslands’ newest farms and was subject to one of the biggest infrastructure redevelopment programmes Grasslands has carried out. Prior to Grasslands’ involvement, Edward and Arthur were farming relatively traditionally. Their cows spent 5 months of the year housed inside and the other 7 months outside grazing. Today, the 420 Autumn calving herd now has a new 24/48 swingover Waikato parlour as well as a robust set of new tracks, fences and water system, ensuring the success of the grass based model.

Edward and Arthur have loved managing and working on their farm over the years, however in recent years they’ve been looking for a bit of extra help. Unfortunately, when Arthur fell ill, Edward was left to do the vast majority of the work, including the milking of the then 300 cows. Matters were only made worse by the farm’s struggle to retain labour all year round.

Since Grasslands have been involved, the pressure on Edward and Arthur has now been eased. Under the agreement Grasslands manages all purchasing, labour, grassland, administration, compliance and milk buyers. This has been a wonderful outcome for the Powell brothers, who are now significantly less stressed. They can now take time off to rest, go on holiday or simply enjoy themselves.

Working with Grasslands has been brilliant. We can finally take time off whenever we need, even go on holiday. We’re thrilled! 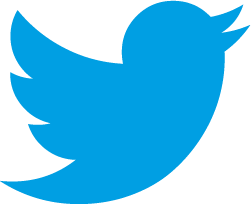